Each year fans wait for that special time when they get an all-you-can eat buffet of cricket. Fans of the sport are always overjoyed when IPL starts again after a year of waiting. Hence, you can only imagine how excited they are the tournament returns for its next season after just six months of the previous one.

Fans that religiously watch the tournament know that batters often dominate the game, especially in the 20 over format. With each time trying to score a bigger total than the other can match, batters are often considered the key to winning. However, it is the job of the bowlers to thwart the efforts of the opposing batsmen. Bowlers have the role of a dark horse in the game. This is especially applicable to seamers who rely on speed and technique to overwhelm the batsmen. Hence, it is only smart to keep an eye out for seamers to make the game even more interesting. Here are the top 5 seamers you should look out for in VIVO IPL 2021: 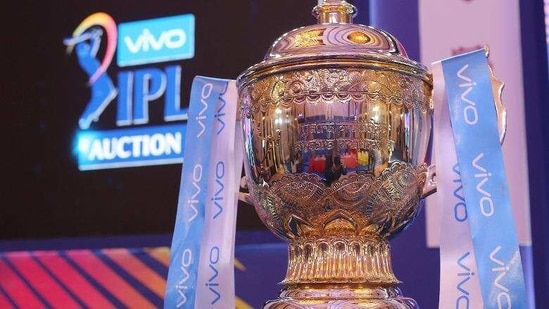 One of the most consistent performers of the Indian cricket team, Jasprit Bumrah, leads the bowling attack of the Mumbai Indians through skill. He is a right arm bowler and has 19 and 27 wickets in two previous installments of the tournament. For this, he has earned the Purple cap for both these installments. He has incredible pace and pin-point accuracy. He is especially a force during the death overs in an inning, making an overall dangerous bowler to face.

Delhi Capitals had a movie like run to the finals of the previous tournament, with many rooting to win the title in IPL T20. The bowling performance of Kagiso Rabada had a huge hand in the success that the team had. The seamer took a total of 30 wickets to win the Purple cap. Even in 2019, Rabada took 25 wickets to finish the season as the bowler with the highest number of wickets in his team. Delhi Capitals will surely try to do even better than last year and win the trophy this year. Kagiso Rabada will surely be a big part of those efforts.

Bhuvneshwar Kumar is the exact type of bowler that you want leading your bowling attack. While most seamers are a bit aggressive in their game plan, Bhuvneshwar is calm, composed, and takes a more focused approach to his bowling. Moreover, he is often involved in the overall bowling strategy of the team. He aims to do every time he has the ball to take wickets, and he finds new ways to succeed at it. In the 2016 season of IPL, he took 23 wickets for Sunrisers Hyderabad and earned the Purple Cap. While he may not be the fastest of bowlers, but he has enough ingenuity to cause a lot of damage.

This year’s Vivo IPL auction had a heavy focus on seamers, with many higher paid athletes being bowlers. One of them is New Zealand’s, Kyle Jamieson. Along with a huge set of bowling skills, he stand at 6 feet and 8 inches of height. This gives him an interesting advantage against various types of a batsman. While the base price he started with INR 75 lakhs, he got a contract for INR 15 crore in IPL 2021. In T20 cricket format, he has taken 55 wickets in 42 matches.

In the Vivo IPL, Chris Morris was the most expensive player in the history of the tournament with a contract for INR 16.25 crores. In 2020, he played for RCB in 9 matches and picked up 11 wickets. Moreover, he is also a decent batsman. Among all the bowlers on this list, he has the most experience bowling in the IPL. He has played 70 matches and taken 80 wickets with a 7.81 economy rate.